3 Effects that Caffeine has on Kids 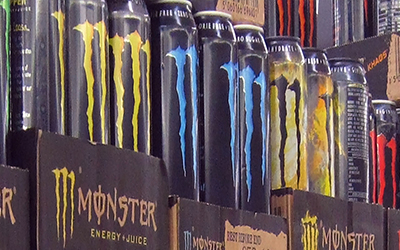 Kids are drinking less and less soda with every passing year, which is great news! However, even though kids are drinking less soda, they’re still ingesting increased amounts of caffeine. In fact, around 75% of U.S. kids are consuming some form of caffeine every day. This can be blamed on increased coffee consumption among kids, as well as the popularity of energy drinks. We know that caffeine isn’t healthy for children, but you may not be aware of all the reasons why.

Effects of Caffeine on Kids

Below are 3 things you should know about caffeine before allowing your child to consume foods or beverages that contain it:

The best way to protect your child from caffeine is to avoid having caffeinated beverages in your home. This will benefit your child’s overall health as well as their dental and oral health.

Are Cavities on Baby Teeth Serious?
Did you know that around 60% of children between the ages of 9 and 12 experience some sort of tooth decay (cavities) that…
Should I Pull My Kid’s Loose Tooth?
Even though a loose tooth is just another event in your little one’s smile journey, seeing the tooth hanging from a delicate…
5 Steps to a Dental Emergency
Dealing with a dental emergency? Here are five steps to save your teeth and smile during a dental emergency.
Best Treatments for Teeth Sensitivity
You might be suffering from teeth sensitivity if you regularly experience pain or discomfort in your teeth after consuming…
5 Fun Tooth Fairy Ideas
Want to make your child’s tooth fairy experience memorable and fun? Here are 5 amazing ideas.

Through extra years of schooling and certification, a pediatric dentist is uniquely qualified to treat the dental needs of infants, children, adolescents and children with special needs. Our dental specialists have over 27 years of combined experience. Read more about us...